Home to the Team of Memphis Attorneys at the Law Office of Stephen R. Leffler, P.C.

Our legal team at the Law Office of Stephen R. Leffler, P.C. is proud to call the Pillow McIntyre House "home base." This beautiful and historical building has remained a fixture in the city of Memphis since before the Civil War. We are excited to welcome our valued clients to such a gorgeous landmark in our beloved city!

History of the Pillow McIntyre House 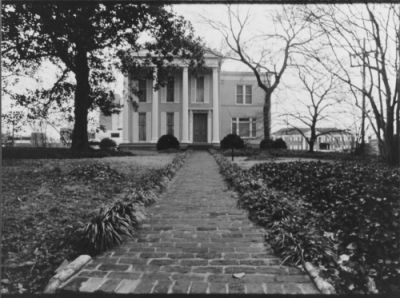 The Pillow-McIntyre House is a two-story Greek Revival home built by builder C.G. Richardson in 1847. Confederate General Gideon Pillow bought it in 1873. Pillow was a former district attorney general and brigadier general in the Tennessee Militia who managed to survive the Civil War. The building had its first brush with the law when Pillow and former Tennessee governor, Isham Green Harris, formed a law partnership. Harris died in 1878 from yellow fever.

With its Corinthian columns and pedimented porch, 707 Adams is one of the only pre-Civil War Greek Revival houses left in Memphis. Bricks used in construction were made on-site. Memphis was a major center of the horse trade at the time and the plaster walls are mixed with mule and horsehair, The houses on Adams at that time were so plush it was called “Millionaire’s Row.”

After Pillow’s death in 1880, it was sold to Peter McIntyre, founder of the first glucose refinery in Memphis. Peter's daughter Florence McIntryre inherited the house and in 1942 it became the Memphis Art Association's Free School. The Free School later became the Memphis College of Art. Florence, a painter, was known as the First Lady of Memphis Art and was the first director of the Brooks Art Museum. 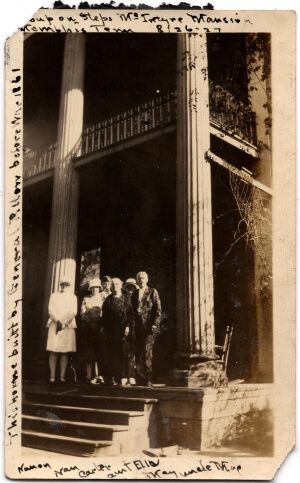 Margie Polk, an interior decorator, trustee of the Memphis College of Art and wife of Circuit Judge Greenfield Q. Polk, used the property for her interior design studio. Judge Polk was known in Memphis as the judge who presided over the divorce of John W. Biggert who took exception to the judge’s ruling. For years, long-time Memphians may remember a bumper sticker that would appear in various public places near the courthouse reading: "IMPEACH JUDGE GREENFIELD Q. POLK, Committee for Common Sense Divorce Laws."

Margie transferred it to Ira Sachs in 1982. Sachs lived in the Mollie Fontaine house at the time and decided to leave town. That is when he began renting it to lawyers. Later, a group of those lawyers, including Jim Lockard and Rusty Winston, bought the building.

Since then, a long list of colorful local Attorney occupied it at one time or another. Irvin Salky, Herman Morris, Russell Sugarman, Dedrick Brittenum and Richard Fields, members of Memphis’s first multi-racial law firm, moved into the building when Marvin Ratner left and the firm disbanded.

Rosenberg’s 80-year-old father was a frequent visitor to the building. Dedrick Brittenum recalls the elder Mr. Rosenberg inviting himself in frequently just to sit and chat. On one occasion, Brittenum was on the phone to a client and noticed Mr. Rosenberg writing something on a piece of paper. After Brittenum hung up the phone, Rosenberg showed him the paper and written on it was “Nem the Gelt.” Brittneum had no idea what that meant and Rosenberg explained it was Yiddish for “Get the Money.” Brittenum still has Rosenberg’s slogan on the paper it was written on all these years later.

Richard Fields was a pre-eminent civil rights attorney most well known for his involvement in the desegregation case that led to a landmark 1972 ruling requiring the busing of students in Memphis City Schools. He also represented plaintiffs in a decades-long lawsuit to desegregate Shelby County Schools. 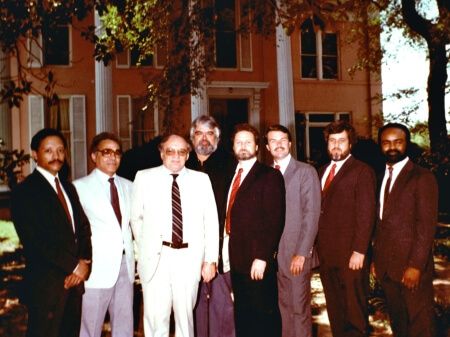 Current Memphis City Attorney Herman Morris had an office on the ground floor. He remembers that Mac Dickinson, the sometimes eccentric, always affable, criminal defense attorney had an office on the second floor. Dickinson would regularly keep his two massive Rottweilers in his office. One day, the dogs came bounding down the steps as Morris walked into the building causing Morris to have to rush into his office and close the door. When asked what Dickinson’s office was like, Morris responded, “I never found out.”

Russell Sugarman is a retired judge and father of current judge, Tarik Sugarman. Current General Session Judge Lonnie Thompson had an office there before taking the bench. Rusty Winston raced cars for a hobby and was in the building until his death in 1999. Congressman Steve Cohen maintains it as a business address.

Wayne Emmons had an office in the building for years. “Cousin Bubba” was the stage name for this lawyer / stand-up comedian / Church of Christ preacher. While there, Emmons published a little known paperback, “Getting Busted, A Practical Guide to Avoiding or Surviving an Arrest” which included “Bubba’s Top Ten Things You Never Say to the Arresting Police Officer.” Number 2: “They sell stuff at the drugstore for them pimples.” In addition to being an author, Emmons had a speaking role as a sleazy nightclub owner in “The Rainmaker” and as a judge in “Daddy and Them.”

The building was used for location filming in “The People vs. Larry Flynt.” But Brittenum remembers it more as a bar at 5:00 pm most days. Lawyers would start arriving after work and would sit around telling stories and drinking until time to lock up.

Contact a Memphis attorney from the Law Office of Stephen R. Leffler, P.C. to schedule your free legal consultation today; call us at (901) 509-9112!

What More than 30 Years of Experience Can Do

At The Law Office of Stephen R. Leffler, P.C, our Memphis attorney has the decades of experience and collective insight to solve your legal challenges. We have recovered millions of dollars for injured clients, and secured case dismissals and not guilty verdicts for the accused. You can check out some of our recoveries and verdicts to see for yourself.